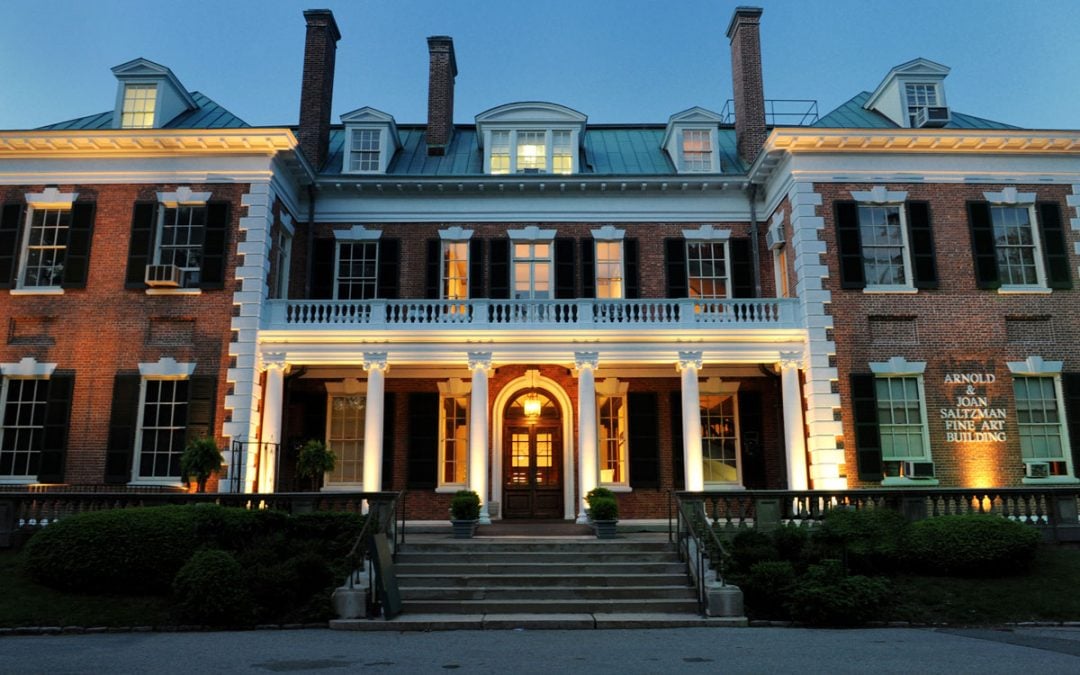 History and art are the next best thing to knowing and understanding our beginnings. What
better way of preserving our heritage than in a museum. Now, I know most of the
millennials think museums are a waste of time, and the internet makes everything so much
easier for us.
However, taking a trip down memory lane, is a much better experience than hitting the
search button. That is what the Nassau County Museum of Art offers. A place full of culture
and so much history, it’s like being back in time, and yet, still in the 21 st Century.
Museum Beginning
William Cullen was the original sole owner of the estate. Cullen was a patron of the arts,
poet, lawyer and political activist. In 1900, Lloyd Stephens Bryce purchased Bryant’s Upland
Farm and commissioned the architect Ogden Codman, Jr. to design Bryce House, on an
elevated site, overlooking Hempstead Harbor. Nassau County Museum of Art is that house.
In 1969, four years after the last owner, Childs Frick passed, the estate was purchased by
Nassau County with the goal of establishing the Nassau County Museum of Fine Art,
administered by the county’s Office of Cultural Development. The Museum became a
private not-for-profit institution in 1989, and is now governed and funded by a private
board of trustees.
The 145 acres surrounding Nassau County of Art is designated as a nature preserve. Marion
Cruger Coffin, a member of the American Institute of Landscape Architects, initially designed
the beautiful landscape in 1925. The original blueprints of this beautiful landscape are
housed in the Museum’s archives, along with photographs of the garden, taken in the
1930s.

Located about 25 miles east of New York City, in Roslyn Harbor, Long Island, Nassau County
Museum of Art’s main building, is a three-story Georgian mansion. Designed in the Gold
Coast architecture of the late 19th century. Nassau County Museum of Art also houses the
Sculpture Park, architecturally-significant restored trellis, rare tree specimens, marked
walking trails, and the Formal Garden.
Considered among the nation’s largest, most important suburban art museums, Nassau
County Museum of Art strives to expand the understanding of art and culture through
exhibition and educational programs for people of all ages and backgrounds.
Exhibits
Over 500 permanent collections from both American and European art are housed by the
museum. The collection encompasses both 19 th and 20 th century art pieces through many
generous contributions. The Nassau County Museum of Art also presents yearly rotating art
exhibitions, many of which originate from their collection.
Edouard Vuillard, Pierre Bonnard, Roy Lichtenstein, Larry Rivers, Chaim Gross, Robert
Rauschenberg, Moses Soyer, Robert Indiana, Auguste Rodin, Georges Braque, Alex Katz,
Frederick Warren Freer and Irving Ramsey Wiles are some of the many artists included in
the collection. 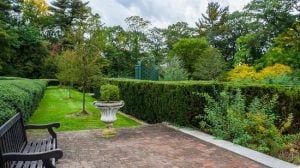 One of the most breathtaking exhibitions of the Nassau County Museum of Art
was designed in the 1920’s by Marian Cruger Coffin, one of America’s leading landscape
architects. She designed this garden at the height of her career. Coffin’s overall plan for the
garden was to strengthen, clarify, and enhance the existing arrangement of walks, flower
beds, hedges, and entrances, using rectangles, circles, and arches to mirror the shapes
found in the symmetrical design of the estate’s mansion.
She also predicted that over time the garden would lose its beauty. In her efforts to
maintain her legacy, she taught the compositions of landscape architecture. Upon the
purchase of the estate in 1969, the garden was declared a public garden. Its maintenance
was dependent on private donations and volunteers.
The Roslyn Landmark Society, in 1989, restored the beautiful teak trellis, and in 1993,
extensive brick path restoration, including the restoration of the garden, which was funded
by New York State’s Environmental Quality Bond Act. Actual restoration of the garden began
in 2000.
In present day, the garden offers an elegant space to be admired by lovers of landscape
architecture. But most of all, a place to stroll, sit, and enjoy nature; a sanctuary of well
thought out reconstructed brick paths, perennial borders, and intricate boxwood designs in
four garden rooms, demarcated by yew “walls.” It is an ideal spot to be studied by historic
preservationists. 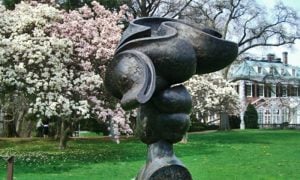 Nassau County Museum of Art’s Sculpture Park is considered one of the largest public
exhibition public parks in the Northeast. With around 40 sculptures, the majority of which
are permanent collections of the museum, lay well situated on the 145 acres of the Nassau
County Museum of Art.
Others include the prestigious venues such as the Metropolitan Museum of Art, the
Museum of Modern Art and many other galleries. Tom Otterness, Richard Serra, Mark di
Suvero, Manolo Valdes, Allen Bertoldi and Fernando Botero are just some of the artists
whose work is to be seen on the grounds.
Educational Programs
As part of the community, Nassau County Museum of Art provides a variety of educational
programs. The after-school program, for example, provides tours to the museum’s
exhibitions, and, customized workshops for specific interest groups can be arranged.
Another of the museum’s community outreach programs include the Autism & the Arts &
Creative Expeditions. The program was created in 2007, for the sole intention of
encouraging communication in children with autism.
Workshops are led by teaching artists, trained in art therapy, who encourage children with
autism to express themselves through conversations around works of art in their galleries,
and in hands on painting, drawing, and sculpture projects. The launch was made possible
through the collaboration between NCMA and the North Shore Autism Circle.
Visitor Information
Nassau County Museum of Art is located at One Museum Drive in Roslyn Harbor. Admission
to the main building is $12 for adults, $8 for seniors (62+), and $4 for children ages 4-12.
Hours for the main building are 11 am to 4:45 pm Tuesday through Sunday.
Docent-led tours of the main exhibition are offered at 2 pm each day; free with museum
admission. Meet in the lobby, no reservations are needed. Family art activities and tours are
offered Sundays from 1pm; free with museum admission. The Museum Store is open
Tuesday-Sunday, 11 am to 4:30 pm.  Visit www.nassaumuseum.org for more information.