Getting to Know the Goodness of a Pumpkin Pie 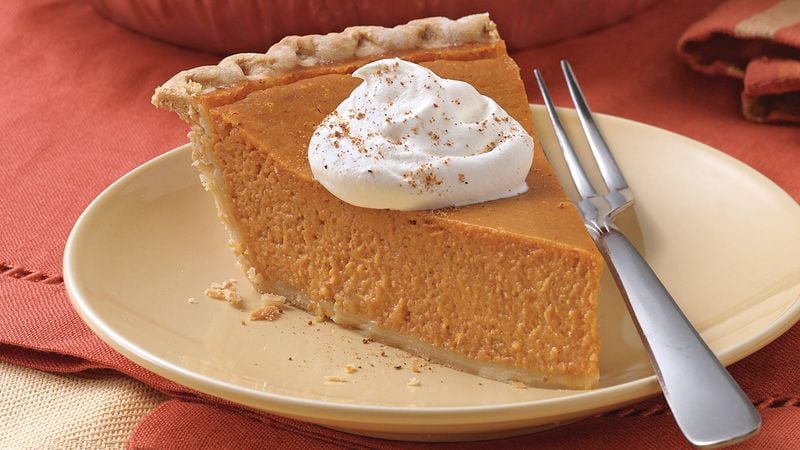 The steaming, homemade goodness of a pumpkin pie can evoke a feeling of coziness and warmth that you can only feel when you take a bite out of this sumptuous culinary creation. A pumpkin pie is considered as a traditional kind of dessert which is usually prepared during early winter or fall. It is one of the favorites for Christmas and Thanksgiving, and is one of the symbols of Halloween because of its main ingredient.

The pie is made up of custard-type filling that’s made from either canned or fresh pumpkins which are then baked in a pie shell. It usually does not have a top crust like other pies, and it is made more flavorful by adding ginger, cloves, cinnamon, and nutmeg. Did you know that traditionally, pies were made from a “pie pumpkin” which is about 6-8 inches in diameter? Basically, the pumpkin is sliced in half, seeds are taken off, and the halves are heated until they become soft enough to make into a puree. The pureed pumpkin will then be combined with baking staples like eggs, milk, and other ingredients.

Here’s a recipe you can try out to make your very own homemade pumpkin pie:

·         2 cups of pureed sugar pumpkin, or a can of pumpkin puree. If you use a sugar pumpkin, take out the seeds, bake for about an hour and a half at 350°F  then scoop out the insides, or boil it until the halves are soft, and then put the baked or boiled halves in a blender until you get to small enough pieces for pureeing.

2.  Mix your salt, sugar, spices, and the lemon zest in a big bowl.

3.  In a separate bowl, beat the eggs and then add them to the big bowl.

4.  Stir in your pumpkin puree.

5.Pour in the cream.

7.  Pour the resulting mixture into your prepared pie shell.

8. Bake this at 425°F for about 15 minutes. After the first 15 minutes, reduce your temperature to 350°F and bake for another 40-50 minutes or until an inserted knife comes out clean.

9. Cool the pie on a wire tack for about 2 hours. Don’t worry if the pie looks all puffed up as it comes out of the oven, this is because of the leavening action of the eggs. This will deflate after cooling.

10. Take a slice or two out after cooling, and serve each slice garnished with some whipped cream or some lemon rind on top.

All that’s left to do now is to enjoy your homemade pumpkin pie!